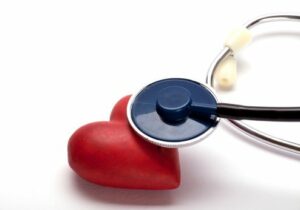 Periodontal disorders like gingivitis and tooth loss have been identified as potential risk factors for cardiovascular disease in a large study. Over 15,000 patients with chronic coronary heart disease provided data on their oral health, with results showing that indicators of periodontal disease – bleeding gums, fewer remaining permanent teeth, etc. – were common among these study participants and associated with a number of socioeconomic and cardiovascular risk factors.

Researchers also discovered that a lower prevalence of tooth loss was linked with lower levels of known risk factors for cardiovascular disease, such as waist size, blood pressure, cholesterol levels and glucose levels. Smoking and diabetes were also less common among study participants who had more permanent teeth remaining, while the likelihood of higher education, alcohol consumption and work related stress was higher.

The results of this study were published in the European Journal of Preventive Cardiology.

As part of the study, researchers gathered information related to self-reported oral health from the STABILITY trial, a clinical study that involves over 15,800 individuals with chronic coronary heart disease and at least one known risk factor for the disease living in 39 countries.  Each study participant underwent blood testing and a physical, and completed a lifestyle questionnaire, which included information relating to participants’ oral health. Participants were asked to report their remaining number of permanent teeth and how frequently they experienced bleeding gums.

Researchers say this study ranks as the largest ever to assess dental disease in patients with heart disease, and shows a heavier burden of cardiovascular disease risk factors and higher levels of biofactors among individuals who experience more bleeding gums and tooth loss, even when adjusting for known risks factors of heart disease, such as education level, diabetes, smoking and age. The study suggests common risk factors for oral disease and coronary heart disease, and raises the question of whether self-reported oral health can now be consider a useful marker of cardiovascular disease risk.

While further research is needed to determine a conclusive cause and effect relationship between gum disease and cardiovascular disease, you can significantly reduce your risk of gum disease – and potentially heart disease – by practicing quality oral hygiene. The American Dental Association recommends brushing for twice a day for two minutes and flossing at least once a day. By practicing these quality oral habits, you can lower your risk of tooth decay and gum disease, which could not only improve your oral health, but your overall health, as well.

If you are looking for a Portland Gum Disease Treatment expert please contact our office today!